A Tale of Triumph

Tommy’s Burgers in Provo Utah was originally started 15 March 1987 by Larsen Bennet and Howard Tanner. Larsen Bennet was a radio DJ and had a program on KOVO his nick name was Tom Walker. Thus Tommy’s Burgers was named, though our name has a similar ring to others. Our recipes and flavor are all our own.

The first customer ever of Tommy’s was Richard Teasdale, who as of this day still buys hamburgers at our provo restaurant. A couple years after Tommys’ opening Ed Hunt replaced Howard as partner. Then on January 1989 after immigrating from El Salvador, and a former LDS mission companion to Ed Hunt, Elmer Barrientos began working as a cook. After several years of working at Tommy’s Burgers Elmer and his wife Georgina Barrientos became partners in the business, within a few years they became sole owners of the business.

The original chili recipe was changed in 1989 to a home made chili recipe made completely from scratch. Our chili is made from a primary base of Carrots and Beef, so no worry its a no Bean Chili! We have won many awards due to our original recipes and superb quality ingredients. Our Beef comes from the same local butcher shop for the last 30 years. The Bread comes from Provo city bakery and is delivered fresh daily.

Come give it a try and know why everyone says, “Tommy’s has the best burgers in town!”

Schedule our food truck for your event! 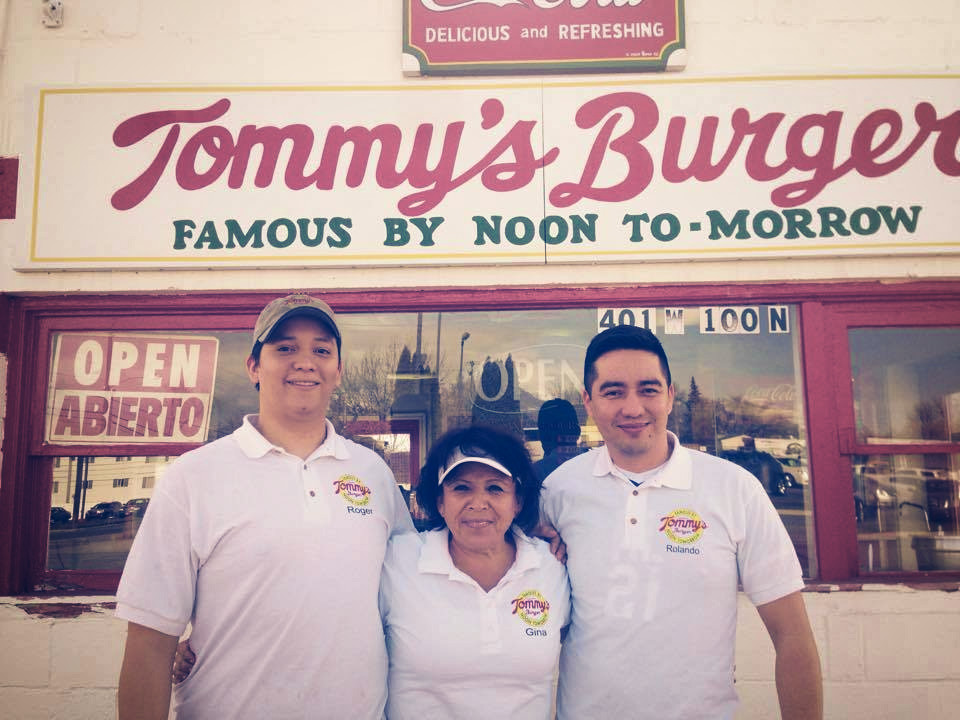